Two men have admitted to engaging in insider trading involving the shares of a Southwestern Ontario pot producer, while a third is challenging the accusations from the province’s securities watchdog against him.

‘This has been hugely humbling’

The provincial government is giving $5.6 million to 23 Southwestern Ontario municipalities, non-profit organizations and First Nations to support repairs at sports and recreation facilities. 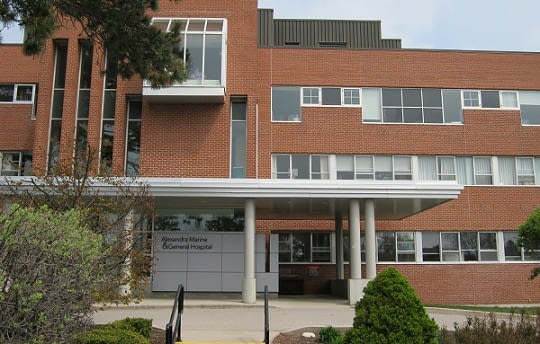 Goderich council has thrown its support behind the Alexandra Marine and General Hospital’s efforts to get an MRI unit.

Tuesday was a grim day across Southwestern Ontario as COVID-19 patients at London hospitals hit a record high and area hospitalizations and deaths soared.

The battle against the Omicron variant is now a two-front war in area hospitals with staff illness and COVID-19 patient numbers both spiraling quickly up at the same time, area hospital bosses say.

Cargo thieves stole four transport trucks and seven trailers packed with hundreds of thousands of dollars of goods during a three-day stretch in Southwestern Ontario during the holidays.

Strong winds are expected to hit London and all of Southwestern Ontario Wednesday, with gusts reaching 80 kilometres an hour, according to Environment Canada.

A New Year’s Day fire did an estimated $350,000 damage to a Norfolk County century home, a fire official says. A neighbour called 911 after spotting the fire at 2005 Old Highway 24, near Wilsonville, a small rural community near Waterford, about an hour’s drive southeast of London. Four Norfolk fire stations responded just before […]

Stratford Mayor Dan Mathieson announced Wednesday that he will not be seeking a sixth term as mayor in Stratford’s 2022 municipal election.

The London region is set to get some snow after a rainy Christmas, but don’t expect the white stuff to stick around for long. Environment Canada issued a special weather alert for most of Southwestern Ontario on Monday, warning that a wintery mix of precipitation will arrive in the morning. “This snow will continue for […]

The London region is set to get some snow after a rainy Christmas, but don’t expect the white stuff to stick around for long. Environment Canada issued a special weather alert for most of Southwestern Ontario on Monday, warning that a wintery mix of precipitation will arrive in the morning. “This snow will continue for […]