The London Knights already had a Guelph problem. Now, Sarnia has become a big issue, too. London ruled the shot clock 51-13, but found itself at the wrong end of a 4-2 defeat Sunday afternoon at Budweiser Gardens. They have lost four straight to their Lambton County rivals and dropped eight of 10 combined so […]

The number of Grey-Bruce residents in hospital with a confirmed case of COVID-19 rose over the weekend from 14 Friday to 17 Sunday. Fourteen of those patients are hospitalized in Grey-Bruce, while three are in hospital outside of the region, according to the Grey Bruce Health Unit’s daily situation report for Sunday. All local cases […] 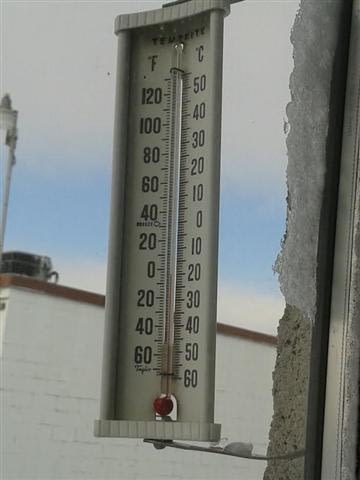 With the wind chill, temperatures are expected to be near minus 30 on Saturday night.

The shelter is located at the Lakeshore United Church in Goderich.

Elementary and secondary students across Ontario will return to their classrooms this Monday, as scheduled.

A Londoner is facing stunt driving charges after officers clocked a vehicle driving at double the speed limit north of the city, provincial police say. The car was stopped shortly after 4:30 p.m. Sunday while going at 100 kilometres/hour on Richmond Street in Lucan, a stretch of road with a posted 50 km/h speed limit, […]

With COVID-19 outbreaks now in six long-term care or retirement homes in Grey-Bruce, more stringent isolation and testing requirements are coming into effect in these facilities, the medical officer of health said. Sunday the Grey Bruce Health Unit reported two more outbreaks in these homes than the day before, as well as 60 new cases […]

Environment Canada has put a snow squall watch into effect for Grey-Bruce and Huron-Perth counties.

West Grey Police have charged a man with assault after officers responded to a 911 call for service in Ayton on Sunday January 2, 2022.

The Owen Sound Attack will next hit the ice Sunday inside the Harry Lumley Bayshore Community Centre to take on the Barrie Colts at 2 p.m. That’s the plan for now after the Ontario Hockey League announced two more postponed Attack games and a slew of schedule changes Wednesday afternoon. The OHL also issued a […]

Crews from the Chatham-Kent Fire Department battled a late-night blaze on Sunday in Blenheim that destroyed a barn. Officials pegged the damage at about $200,000. The cause was undetermined as of mid-morning on Monday and there were no injuries. Crews from detachments in Blenheim and North Harwich were at the scene of the fire on […]