By Hannah Brock Author Timothy Kneeland was 14 years old when snow piled 20 to 30 feet high over four days in his small town outside of Buffalo, New York. The Great Lakes’ snow belt brought havoc to the Buffalo area on Jan. 28, 1977. The storm was the first to be declared a federal […]
The post The drive for bare pavement shaped winter roads public policy first appeared on Great Lakes Echo. Read Full Story

By Lindsay Campbell with photography by Johnny C. Lam, The Narwhal

This story first ran on The Narwhal, a non-profit news organization that publishes in-depth stories about Canada’s natural world.

Those who choose a life in commercial fishing on the Great Lakes are granted a front row seat to the natural world.

WASHINGTON (AP) — Roughly a sixth of the planet’s land and freshwater area now lies within protected or conservation areas, according to a United Nations report released Wednesday.

Next comes the hard part. The world needs to ensure that those regions are actually effectively managed to stabilize the climate and to curb biodiversity loss while also increasing the total area of protected places, scientists say.

Can two Great Lakes mayors with opposing views agree on how to protect the region’s water? 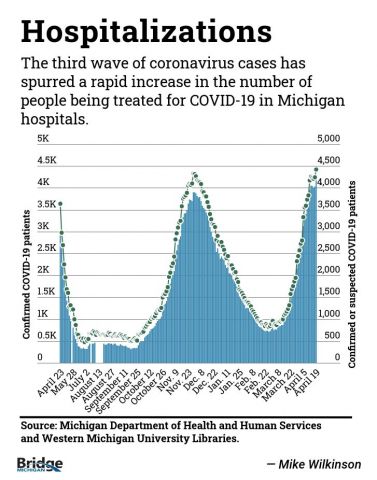 Friday, March 12 Michigan COVID cases surge, more than 2,400 Friday Michigan is experiencing a sustained increase in new coronavirus infections, with the 2,403 confirmed cases reported Friday driving a 32-percent increase in just one week. The cases have pushed infection rates up in many counties, but especially in metro Detroit, where suburban Wayne County…