The Women’s Canadian Club London is kicking off its 2021-22 speaker series with trailblazing Canadian astronaut Dave Williams. Holding the record for the most spacewalks by a Canadian astronaut, Williams has spent more than 687 hours in space and is the only non-American to have a senior management role at NASA. He’s also the country’s first dual astronaut and aquanaut, having lived and worked in space and the ocean. Apart from living underwater or above Earth, Williams worked as an emergency room physician and has authored several books about science, medicine and space exploration. Thursday, Williams will be at the Hellenic Community Centre in London to talk about his memoir, Defying Limits: Lessons from the Edge of the Universe. Reporter Calvi Leon caught up with him before the event to learn more about his career beyond the planet. Read More

Door-knocking and candidate selections will soon begin in Grey-Bruce ridings now that Prime Minister Justin Trudeau has triggered a federal election for Sept. 20. With the country in the early days of the COVID-19 pandemic’s fourth wave, Trudeau visited and received approval from Gov. Gen. Mary Simon Sunday morning at Rideau Hall to dissolve Parliament, […]

Newly elected Chippewas of Nawash Unceded First Nation Chief Veronica “Cha-Cha” Smith says there are many pressing issues facing the community, but she’s prepared and eager to get to work on them right away. “I’ve got a good planning background, I have my 10 years of council experience and I’m very well aware of how […]

Tickets are almost sold out for the Meaford International Film Festival this weekend, which has moved to a drive-in format to screen two past movie favourites. Three tickets remain for the 2012 documentary, Searching for Sugar Man, which will close the festival Sunday. The Oscar-winner is about two South Africans’ search “for their unlikely musical […] 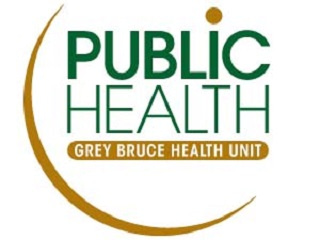 The Grey Bruce Health Unit is thanking two restaurants in Owen Sound for voluntarily closing and stopping the spread of a cluster of COVID-19 cases.

Bruce County Public Library (BCPL), in partnership with Alzheimer Society Grey-Bruce, is proud to introduce the addition of Memory Care Kits to our library collection. Each kit contains carefully chosen activities and books that are not only enjoyable, but also meaningful and stimulating for people living with dementia and their care partners. Memory Care Kits […]

The municipalities of Bruce County and Grey County have released the first Community Safety and Well-Being Indicator Report.