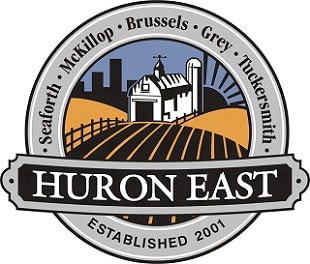 The SBGHC Kincardine Hospital Auxiliary held another very successful “Wheelbarrow of Wine” raffle with the tickets being sold out. The draw was made at the Auxiliary Gift Shop on September 22. Diane Baldwin, Kincardine and Community Health Care Foundation Coordinator, had the honour of making the draws. The winner of the 33 bottles of wine […]

It turns out a horse from Perth South that recently tested positive for rabies, was not rabid after all.

PORTAGE, Ind. (AP) — U.S. Steel says a northwestern Indiana plant’s discharge of elevated levels of iron were the cause of an orange plume that entered a Lake Michigan tributary, prompting the closure of several nearby beaches and a water treatment facility.

Company spokeswoman Amanda Malkowski said in a statement late Monday that an analysis of the discharge from the U.S.

The lawyer for the man charged with killing a first-year Western University student will seek bail for her client “as soon as possible,” court heard Tuesday, as the victim’s friends and family expressed devastation over his death.

Westario Power Inc. and Bruce Power have signed a memorandum of understanding on an initiative that would explore opportunities to deliver projects focused on removing and offsetting carbon emissions. The initiatives to be looked at by the two companies include potential incentives to encourage the adoption of electric vehicles, helping to lower carbon emissions and […]