Heavy rains and strong winds took their toll on the planned grand opening of the Queen Street Promenade on June 25.

The outdoor vendors were cancelled for Friday evening, and when it became evident the rain would continue, the weekend closure was cancelled. Restaurants closed patios and reverted to pick up and delivery service.

The street closure, along with vendors and entertainment, will resume on July 2, after the province moves into step 2 of the reopening framework.

Across Bruce County, Huron County and into Grey County, reports of dark skies were reported on social media. Heavy rain and tornado warnings were issued over the weekend, and Environment Canada confirmed that one tornado, classed as an EF1, did touch down east of Chatsworth just before 5 p.m. on June 26, leaving behind substantial damage to some properties. No other tornados have been confirmed as of press time.

Article content On Tuesday, April 27, the Vaccine Hub, located at the Kincardine Davidson Centre, administered a total of 2,047 doses. Clinics run seven days a week and are continuously added. As of Thursday, April 29, those 55+ became eligible to receive the vaccines. Also eligible are those with the highest risk health conditions as… 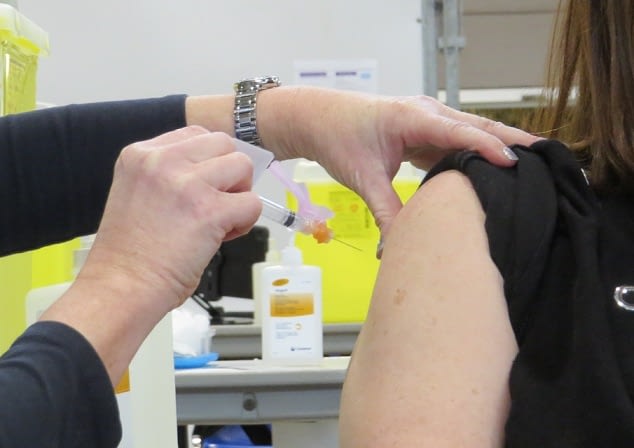 More people who cannot work from home, those with health conditions deemed “at-risk,” and adults 40 and older will be able to book appointments to get the COVID-19 vaccine this week.

A 26-year-old suffered life-threatening injuries in an off-road vehicle collision Saturday. Grey Bruce OPP was called about 3:30 p.m. to the collision on Moto Park Road in Chatsworth Township. Grey County paramedics and Chatsworth firefighters also responded. No other details were provided in an OPP news release Sunday. The injured person was air-lifted to a […]

U.S. and Canadian researchers completed a reference genome, or digital genetic map, for lake trout. The feat should boost efforts to rebuild populations of the prized fish in the Great Lakes and other North American waters where they’ve been hammered by invasive species, overfishing and pollution. Read the full story by The Associated Press. Read…

The Western Warden Caucus is made up of representatives from 15 counties in southwestern Ontario.